The best way to explore Bali is to straddle a stranger on the back of a moped. For a week I sweated from every crease and crack in the back seat of taxis’ as they slothed across the island. When a grandma balancing a basket of flowers on her head overtook me, I broke the … END_OF_DOCUMENT_TOKEN_TO_BE_REPLACED

Tomorrow we sail into Bali, and for the next three weeks, there’ll be no protocols or transport negotiations just to step ashore. I will slip my feet into sandy running shoes, tuck a roll of cash into the secret pocket in the lining of my shorts, and step, yes step, off the catamaran and run … END_OF_DOCUMENT_TOKEN_TO_BE_REPLACED

Dear Stroller, I must apologize for my absence these last few months. I wish I could blame the patchy cell service in Thailand or the phone I lost in Burma. But honestly, I got lazily, got caught up in this privileged voyage and deserted you. I stopped writing with discipline and did it only when … END_OF_DOCUMENT_TOKEN_TO_BE_REPLACED

A month ago, Lombok was hit with two deadly earthquakes and barraged by aftershocks that crumbled houses and destroyed schools. Tourism halted and the locals were left to rebuild their island without aid from their biggest industry-tourism.  With the boat’s guest room invaded by 140 kg of rice, 200 diapers, 15 mosquito coils, two empty … END_OF_DOCUMENT_TOKEN_TO_BE_REPLACED 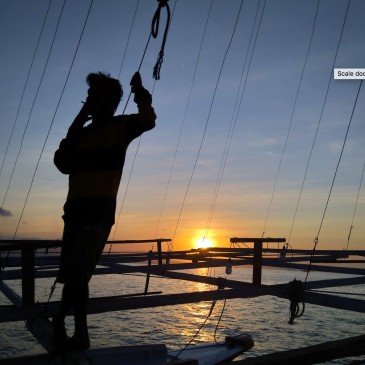 The Sumbawa Government, in the last year, has discovered 50 semi-permanent whale sharks befriending fisherman in Saleh Bay. Local squid boats, which look more like giant daddy-longlegs spiders than trawlers, attract the sharks by their bulging halls.    Nestle between Bali and Flores, Sumbawa Island is that forgotten weatherboard house on a street of flashy mansions. … END_OF_DOCUMENT_TOKEN_TO_BE_REPLACED 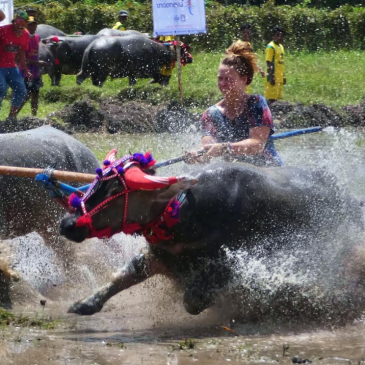 The Buffalo Racing World series attracts the biggest and fastest beasts from rice paddies across the island of Sumbawa. Races don’t take place on groomed oval tracks or dirt straights, but in swampy fields, the natural habitats for these farming giants. Sumbawa, unlike its near neighbors Bali and Lombok, isn’t advertised as a travel destination … END_OF_DOCUMENT_TOKEN_TO_BE_REPLACED

All Aboard. Get Social

Take a Sea Stroll with me

With 30 just around the headland, I'm spending my pre-midlife crisis sailing around the world. I'm a writer, fisherwoman, star gazer, sunscreen enthusiast, rockhopper, and great in emergencies. I'm writing my way towards the equator and beyond, wherever that may be.